Down on the dairy farm, US farmers are weeping into their breakfast cereal. Because milk is hitting the headlines once again. Honestly though, when is it ever out of them? Not that that is surprising since we are drowning in a deluge of the stuff, here in the UK, in Europe, and in the US too.

It seems that across the pond, people are losing their appetite for dairy. Americans are buying 37 percent less of it than they did 50 years ago.That’s quite a drop.

On the other side of the scales, plant-milk sales have shot up to a $1 billion.“Veganism has turned mainstream”, and plant-based milk brands are winning a huge customer base, admits the industry’s own paper, The Dairy Reporter.

This downturn in dairy and upturn in plant-milks no doubt have something to do with the US’s colossal ‘cheese mountain’.¹ It would take each woman, man, child, infant and babe in the country devouring an additional 3lbs of the stuff to make any significant impact on the surplus.

(Dave Schilling for the Guardian suggests a few absurd ideas of what to do with all the excess, such as towing it out into the Pacific Ocean to make a large floating island. “It’ll be a great place for cruise ships to stop for a cheesy photo opp. Plus, you can take a hunk of it home, like the Berlin Wall.”)

Meanwhile back in the US, dairymen with their heads screwed on have been quick to implement the ‘if you can’t beat’em, join’em’ principle, and are busy knocking down cowsheds and planting almond groves in their place. The number of Californian almond groves has nearly doubled over the past decade.² 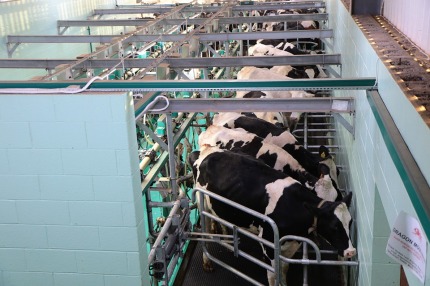 But of course there are many who are simply not willing to bow to the inevitable and are putting up a fight. What they hope will be their weapon against the ever-growing unwanted surplus of their dairy products and rocketing sales of plant milks is the proposed Dairy Pride Act. Dairy Pride in case you didn’t know – I didn’t – stands for “Defending Against Imitations and Replacements of Yogurt, milk, and cheese to Promote Regular Intake of Dairy Everyday Act.” Hmm.

This would mean unless Almond Breeze, Silk, White Wave et al,  are “the lacteal secretion… of one or more healthy cows,” (yummy) you won’t be able to call them ‘milk’. Because calling them milk is so confusing to the poor consumer, right? They might buy almond milk thinking it comes from cows. (Heavy irony in case you can’t tell.)

Emily Byrd gives us Dairy Pride Explained, her witty assessment of the contentious issue. It’s well worth a read. She imagines a few alternative product descriptions if the DP bill passes into law:

But Dairy Pride is more than just a joke. The Animal Legal Defense League sees its dangers:

It’s “a blatant attempt by the dairy industry to stifle the rise of plant-based products that many consumers choose as healthier and more humane alternatives by prohibiting such products from using “milk” or “cheese” in their names.”

And, “designed to discourage people from purchasing healthy and humane alternatives to dairy milk products and to ensure the continuation of cruel factory farming despite consumers’ growing interest in products that don’t require animal cruelty.” 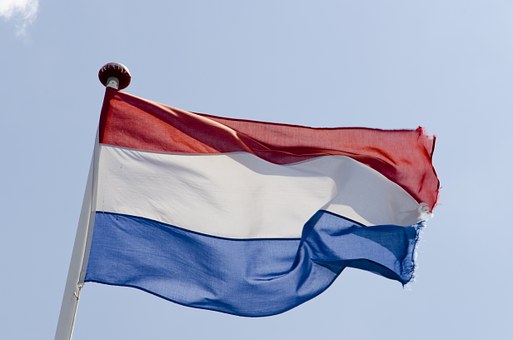 Meanwhile over on this side of the pond and across the channel, Dutch dairy farmers too are wringing their hands and crying into their porridge. The Dutch dairy industry, now at four million cows, has been told it’s got too big and bloated and the EU is not happy.

This time it’s not just about stemming the flow of the white stuff into the European milk lake. Brussels says dairy farmers need to put a lid on the spiralling levels of phosphates in feed and of nitrates in fertilizer use, both well over EU permitted limits for their country. What is the problem with that? Neatly explained for the layperson like myself here.

So on 1st March this year the Netherlands, Europe’s third largest producer of dairy, began a painful program of shrinking the industry by 5%, down to 2015 levels.

The Dutch government is paying dairy farmers to stop farming dairy – crazy world we live in! Wouldn’t we all love to be paid for stopping doing something? So much for the free market beloved of capitalists.

Is this enforced Dutch dairy slim-down good news? Of course it is. It means fewer animals to endure the life of suffering that is the lot of the dairy cow.

But the dark side of the program will see 100,000 of these gentle creatures sent to an even more untimely death than is the norm. I’m not sure that knowing they will be saved further suffering is much consolation for the sadness of seeing over the next couple of months those 100,000 individuals’ lives snuffed out.

So yes, markets for dairy are shrinking in America and Europe. That’s the good news. Worldwide the picture is not so bright. The global trend for dairy is not down as it looks from our western perspective, but up. And up by a lot. According to the milk production facts from the United Nations Food & Agriculture Organisation (FAO):

And global sales, though slowing a little, are expected to keep on growing. So while the US domestic market is shrinking, futurologists for the US Dairy Exporter Council (USDEC) actually forecast a positive outlook for their exports.

“We are encouraged to see that, despite the recent prolonged soft export market, long-term global dairy demand fundamentals are still in place that will again pressure available milk supplies,” said USDEC President Tom Suber. “This should bring both higher prices and a resumed export upside for U.S. suppliers.”

USDEC’s latest report says: “Growth will be driven by economic and population dynamics in developing countries.”

And it looks like Dave Schilling can forget about his fantasy cheese island in the Pacific, since cheese is identified as presenting “the most significant growth opportunity for the U.S. dairy industry.” Seems they are confident of shifting that particular mountain after all.

So the future is looking bright for the world’s dairy farmers. But bleak for the environment. 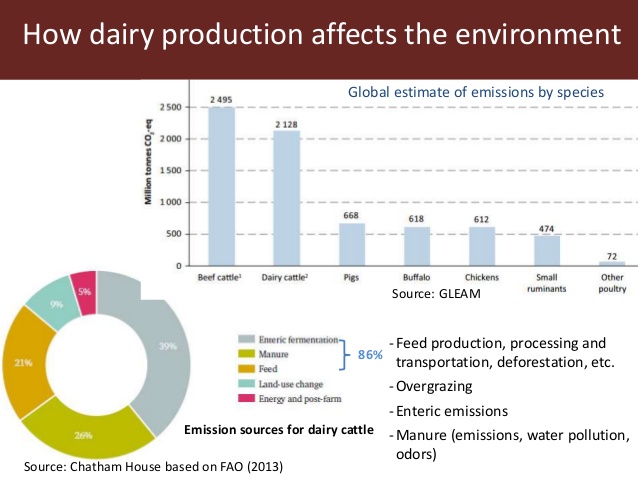 Bleak too for those of us who are fighting for the environment and animal rights.

But most of all for the 264 million dairy cows in the world right now, and the even greater numbers to come.

¹ A Cheese Glut is Overtaking America – The Wall Street Jopurnal

Will New Pea Milk Spell the Demise of Dairy?

Mountains of Cheese, Lakes of Milk, and What We Can Do about it

Why Cows Need Their Friends

I’ve seen you in the meat aisle

4 thoughts on “Dairy in Decline? It’s Not That Black & White”