Chances are, when you wake up in the morning the first thing you hear is the joyful chirruping of birds. And does a day ever go by without at some hour being graced by their presence, even in the middle of the busiest metropolis?

Of all wild animals, birds have to be the most familiar to us all, the least secretive, the easiest for us to spot. They usually – but sadly far from always – have little need to conceal themselves from dangerous humans, for it is they, not we, who possess the kingdom of the air.

With their dazzling colours, extravagant variety, and incredible abilities – the sheer magic they impart to our lives – isn’t An Enchantment of Birds exactly the right umbrella-term for the avian life of Planet Earth?

Here I’ve pieced together a crazily random patchwork of the new and not-so new, the bright interspersed with patches of a darker hue. And a few small ways we can give a helping hand to these animals that so enrich our lives.

It doesn’t get darker than murder. ‘A murder’ is the collective name bestowed – surely undeservedly – upon the common crow

What a slur on these sociable and clever birds. A murder of crows. Possibly acquired because where there were corpses there were crows. In times gone by, they cleaned up the human detritus from the gallows and the battlefield, and superstitions sprang up like a thicket around them. Nor has it done anything for their sadly besmirched reputation that their feathery finery is entirely black, the colour of night and dark deeds.

And that these remarkable animals actually hold funerals for their own deceased, serves only, in human eyes, to put the seal on their association with death.

The raven, another member of the the clever corvid family, is likewise cloaked in mystery and superstition

Legend has it for example, that if ever the ravens abandon the Tower of London, the Tower and the kingdom will fall.

(Legends are engaging, but there is a sadness behind this one. By the time of King Charles 2nd in the 17th century, these magnificent birds had been nigh on exterminated throughout their natural range, including in the city of London. They were only able to find refuge at the Tower under the king’s protection. Then and ever since, 6 ravens have been kept at the Tower – with one wing clipped to prevent their flying away. Read why this is harmful to the birds and sign the petition here or below)

The Guardian in its report on some recent raven research incidentally cites other examples in myth and fiction of the bird’s supposed prescient powers:

Who knows whether ravens can truly see into the future – nonhuman animals have such a variety of astonishing abilities that nothing would surprise me. Whatever, it did come as a surprise to the pair of Swedish scientists featured in the Guardian report, that ravens show great ability in planning for the future.

It’s little more than a decade since we humans were forced to concede, with the discovery that other Hominidae/Great Apes have the mental capacity to plan ahead, that our species is not, as was previously assumed, unique in this respect. Now it seems that in this exclusive but expanding club, ravens too can claim their rightful place. And indeed completely outshine species much closer to homo sapiens, like monkeys. No doubt many of us humans as well!

Researchers Mathias Osvath and Can Kabadayi reveal their discoveries

Is this perhaps another example of science finding ‘proof’ of something we’ve intuitively known for millennia?

What are nests but beautiful and ingenious examples of natural recycling? A new usefulness is found for dead twigs and leaves, moss, straw, feathers and sheep’s wool snagged on fences. But also man-made litter: string, twine, ribbon, lace, cotton, jute, yarn. Even the odd rubber tyre. 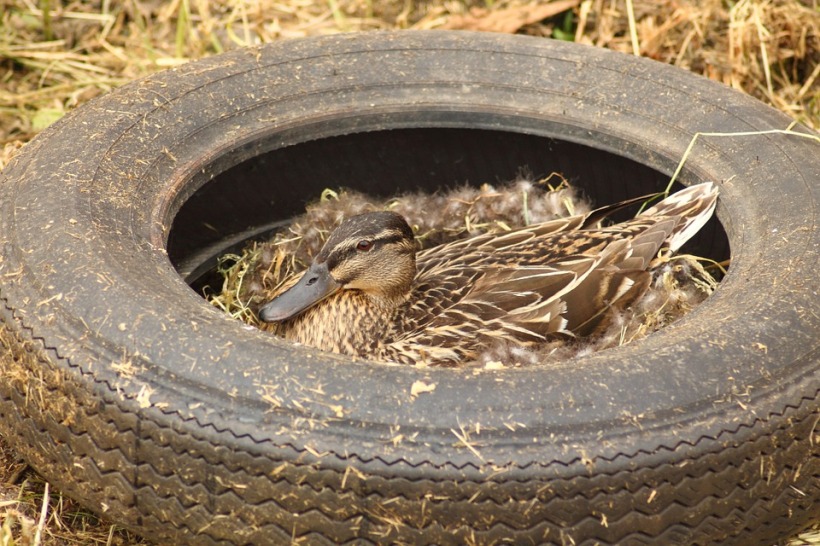 And plastic. But it must be white. Transparent or green plastic will not do. Black kites have taken to adorning their nests with the stuff. Why? Not to dazzle a mate with their artistry, like the male bower bird. In the kite nest-building enterprise the male and female are equal partners. These embellishments of trash seem to serve pretty much the same purpose in the kite world as screwing an alarm box to the front of our house does in ours: sending a message to would-be intruders and thieves – Keep Out! This fascinating article in Science magazine will tell you more.

In Mexican and Latin American cities today, house finches and sparrows are also busy recycling the waste humans leave behind. They are collecting discarded cigarette stubs from the streets to weave into their nests. This strange behaviour doesn’t arise from any shortage of nest-building materials. Or from dubious taste in architectural ornamentation. These little birds have discovered that the nicotine in the stubs works as an effective anti-parasitic, keeping their chicks free from infestations. Birds have long been known to line their nests with vegetation rich in compounds that drive away parasites, says Nature magazine. In the city, such vegetation may not come so readily to bird’s beak. But stubs there are a-plenty.

So, more feathered creatures putting human waste to good use – what’s not to like? Sadly, there is a dark side to this quirky story too. Cigarettes may possibly be as injurious to bird health as they are to ours. If the concentration of the tobacco parasiticides from the stubs in the nest becomes too great, it can harm the chromosomal development of unhatched chicks, with who knows what long term results. Read more – I promise this too is interesting stuff.

Meanwhile, members of the parrot family (collective name ‘a prattle’) – those Einsteins of the flying squad – have a different but equally remarkable trick up their feathered sleeves

The males have a nice line in rhythmic drumming to woo prospective mates. And they all create their own drum solos. As Science Advances rather stuffily puts it, Over 131 drumming sequences produced by 18 males, the beats occurred at non-random, regular intervals. Yet individual males differed significantly in the shape parameters describing the distribution of their beat patterns, indicating individual drumming styles.

What’s more, they’re very picky about their choice of drumsticks. Here is a male palm cockatoo showing us how it’s done.

(Thanks to AwarenessHelps for this little gem)

Enchanting as all members of the parrot family are, here’s Why We Should Think Twice Before Getting a Parrot for a Pet

And finally to a bird that endears itself to everyone, the penguin (collective name ‘a huddle’)

Is it because they remind us of comical waiters we have an especially soft spot for these cute and snappily-suited birds? Their precarious existence though is far from ‘cute’. Theirs is a harsh world full of dangers, many of them man-made – commercial fishing depleting the penguins’ available food source, entanglement in fishing nets, pollution, habitat disturbance, and of course climate change. 10 out of 18 of the world’s penguin species are sliding towards extinction.

As part of their “Protect a Penguin” campaign, BirdLife International joined forces with virtual reality producer, Visualise to bring us an amazing 5 minute immersive experience,”Walk with Penguins”, a 3D 360 nature film, the first of its kind.

Using 3D 360 film, we can get people closer to penguins and give people that magical feeling of being with them—and ultimately that can lead to a greater support for their conservation.

As the sun sets on the penguin colony within which you stand, and you learn of their plight through the voice over, you can’t help but feel an emotional connection. Director of Conservation BirdLife International Richard Grimmett

Free the Tower of London ravens

7 Penguins Drowned at Calgary Zoo: Shut Down the Exhibit!

Save the Humboldt Penguins at the Mumbai Zoo

Ravens of the Tower of London – Wiki

Can You Help Save the 19 Billion?

8 thoughts on “An Enchantment of Birds”