Desperate times call for drastic measures – so believes a certain 85 year old Harvard professor. And these surely are desperate times for much of the planet’s wildlife – flora and fauna. The octogenarian’s plan to save them is drastic indeed, in fact utterly astonishing, mind-boggling and totally off-the-wall. It is simply,

Half-Earth – giving over half of planet Earth to Nature

His critics dismiss his Half-Earth idea as not just drastic, but “truly bizarre, disturbing and dangerous.”

But is it?  Why should we give over half the Earth? Why this way? Wouldn’t it be bad news for people? Is it even possible?

“Half-Earth: Our Planet’s Fight for Life” is the book in which he spells out his vision. Its author none other than Dr E O Wilson, sociobiologist, biogeographist, naturalist, environmentalist, author, twice winner of the Pulitzer Prize, and generally considered the world’s foremost authority on biodiversity and conservation. So I guess his ideas and opinions are not to be dismissed lightly. Perhaps we need to take a good hard look at those questions and try to find some answers.

Why should we do this? 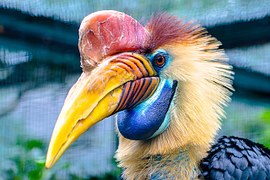 Well, that’s an easy one. It’s no news to any of us that right now plants and animals are being snuffed out to extinction at a rate unknown since the asteroid Chickxulub wiped out the dinosaurs. Scientists call this the Anthropocene Age, because never before have human beings had such a profound effect on the planet, one that will end badly for us as well as the rest of life on Earth. A truly earthshakingly terrible prospect, especially when we stop to think that right now our precious planet harbours the only known life in the universe. We need a drastic solution to a cataclysmic problem if we are to save this planet and the life on it.

There are two reasons why we should put our energies into a bold plan such as this, Dr Wilson argues. Firstly, he maintains that people like to see a big goal achieved rather than barely noticeable small incremental steps, which is what we have now in conservation efforts: “They need a victory, not just news that progress is being made. It is human nature to yearn for finality, something achieved by which their anxieties and fears are put to rest.”

Secondly and more importantly, present conservation efforts are doing little to halt the alarming decline in biodiversity. Protecting just 10% of the planet – the course we are on at present – we look to lose half of all species. It’s much too little and soon will be far too late. Whereas protecting 50% of the planet would mean 80% of species saved – more if we focused on the most biodiverse areas. 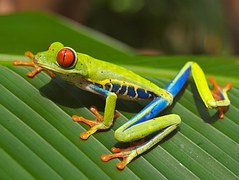 It’s all about the species-area curve, conservationists will tell you. The species-area curve is the mathematical relationship between the area of land and the number of species that can be successfully maintained in it. “The principal cause of extinction is habitat loss. With a decrease of habitat, the sustainable number of species in it drops by (roughly) the fourth root of the habitable area.”

Put simply, the larger the area the better Nature’s chances. The species-area curve also means that setting aside a few sizeable chunks of land is very much better in terms of numbers of species saved, than trying to protect lots of small separate habitats.

And the chunks need to join up: “I see a chain of uninterrupted corridors forming, with twists and turns, some of them opening up to become wide enough to accommodate national biodiversity parks, a new kind of park that won’t let species vanish,” Dr Wilson told the journal of the Smithsonian Institution in Washington. His vision is for a series of “Long Landscapes”, wildlife corridors running vertically down and horizontally across continents, that will allow species free movement as they adapt to the effects of climate change.

The Yellowstone-to-Yukon conservation initiative running 2,000 miles without break from Wyoming in the mid-west of the US to the Yukon territories in the north west of Canada is a model for the protection he would like to see rolled out worldwide. It’s an entire eco-system in 502,000 square miles of continuous protected land where animals can freely roam.

(Sadly America itself is hardly a model nation when it comes to protecting biodiversity. In spite of being a wealthy country, and one with vast areas only sparsely populated, the US can boast just a pitiful 4% of its landmass protected for biodiversity, less than half the average worldwide.)

So is Half-Earth a “bizarre” and “dangerous” idea? 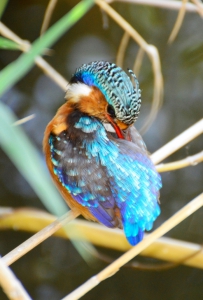 Well if we are looking at the biodiversity statistics – and affirm with Dr Wilson that “each species is a masterpiece, a creation assembled with extreme care and genius” – his idea makes total sense. We have so much to lose. Wildlife he says, is facing “a biological holocaust.” It could barely get more apocalyptic than that. For him, as for many of us, safeguarding the wonder that is life on Earth in all its diversity is a moral issue. “In several interviews, he references the need for humanity to develop an ethic that cares about planetary life, and does not place the wants and needs of a single species (Homo sapiens sapiens) above the well-being of all other species.” Truth Out

What kind of a species are we that we treat the rest of life so cheaply? There are those who think that’s the destiny of Earth: we arrived, we’re humanizing the Earth, and it will be the destiny of Earth for us to wipe humans out and most of the rest of biodiversity. But I think the great majority of thoughtful people consider that a morally wrong position to take, and a very dangerous one.

What would be bizarre is an insistence that we continue as we are doing now, or just nudge the goalposts a bit. The Aichi Biodiversity Target set by the Convention on Biological Diversity (with nearly 200 signatory nations) at 17% of protected land areas and 10% of protected ocean by 2020, is “nowhere close to enough” according to the good doctor, to prevent the 6th Extinction.

But his critics, social scientists in the Netherlands Bram Buscher and Robert Fletcher, clearly coming from the very same anthropocentric, the-Earth-exists-for-us standpoint that has brought us to this sorry pass in the first place, judge his Half-Earth vision “disturbing and dangerous.” They are united in their condemnation:“It would entail forcibly herding a drastically reduced human population into increasingly crowded urban areas to be managed in oppressively technocratic ways. They could justifiably claim history backs them up, since indigenous peoples have indeed been moved out of areas newly designated as protected in the past.
So, wouldn’t Half-Earth be bad for people then, especially the indigenous and poor? 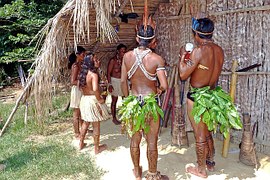 Dr Wilson wants to keep indigenous people in their own territories. “They are often the best protectors” of their own land, he says. Protected areas would not mean banning people – simply keeping the land undeveloped. He envisages something along the lines of national parks, where development, and activities like hunting and fishing, are not permitted but there is still regulated access.

He points to Gorongosa National Park in Mozambique as a model of how well-managed protected areas actually benefit local people.

“The maintenance and expansion of this magnificent reserve has been enhanced by the improvement of agriculture, health, and education – and new jobs – in buffer zones. The same effect is demonstrable even within industrialised nations.”

And recent research elsewhere backs him up. Protecting areas in Uganda, Thailand and Costa Rica has indeed improved the lives of locals.

Is setting aside the Half-Earth for Nature even possible?

This is yet another case of all roads leading to Rome! Because once again the answer lies in moving towards a plant-based diet, and so reducing our ecological footprint. And then yes indeed, Half-Earth is an achievable goal. Scientists in the fields of conservation, ecology, environment, climate change, sustainability and indeed human health all agree: if people cut back, or better still, stop eating meat & dairy products altogether, many of the deeply disquieting and serious threats to the future of life on Earth would disappear. It’s not just the animals being eaten that we are killing. By destroying wildlife habitats for livestock farming we are killing the wild animals too.  Currently 40% of the world’s land is used for farming. (Urban development takes up only 3%) A whole three quarters of that farm land is used to grow crops to feed livestock. Freed from this absurdly wasteful use of land, it would not be too great a challenge for humans to find a Half-Earth for Nature.

What is stopping us?

According to Dr Wilson, it’s simple – greed, shortsightedness and above all, ignorance. Formidable obstacles to overcome. Ignorance at least can be remedied. We can start by sharing this, why Planet Earth needs Dr Wilson’s bold idea, and what we can do about it, with as many people as we can reach, especially those who haven’t yet found their way to plant-based eating and living.

But to overcome greed and shortsightedness, it’s hearts that need to change. 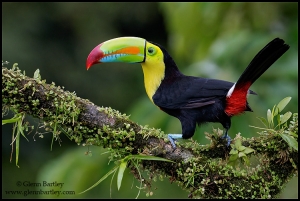 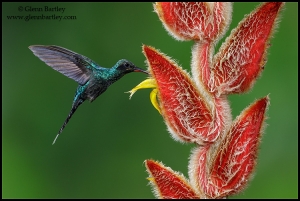 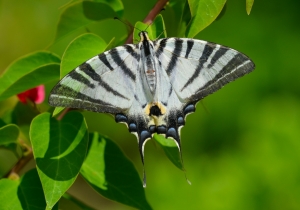 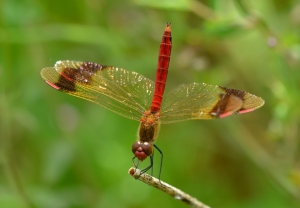 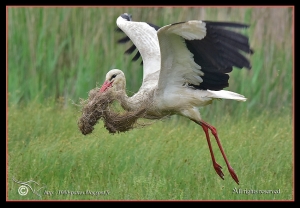 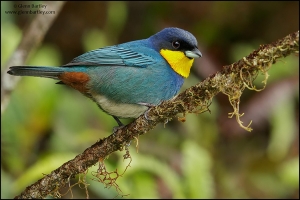 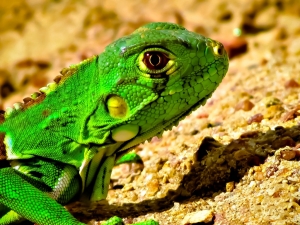 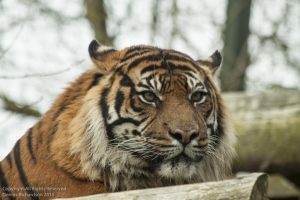 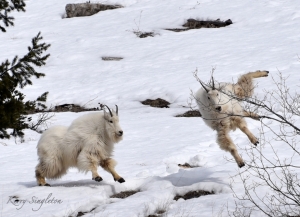 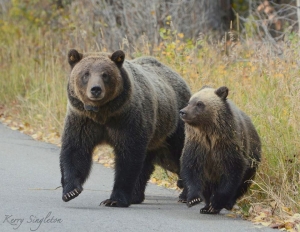 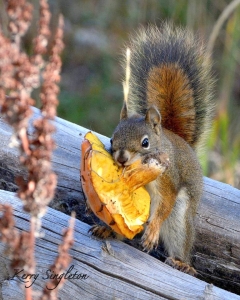 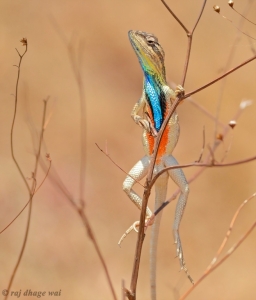 “When people are encouraged to take a close look at the remnants of Nature, in its complexity, beauty, and majesty, and when they understand that the natural environment is the home of their deep history, many become [Half-Earth for Nature’s] most ardent supporters.”

I’m most definitely one.

Want to make a real difference for planet Earth and the life on it? Three important actions we can take:-

2 Free up more land for wildlife by moving towards a plant-based diet and reducing our ecological footprint. Info @

3 Send your political representatives the Grow Green report, or if in the UK contact your MP here about the Grow Green campaign to transition unsustainable livestock farming to plant protein farming. And share with your friends

Mountains of Cheese, Oceans of Milk, & What We Can Do About It  “Grow Green” for sustainability, for biodiversity, for the planet

Tiggywinkles, Tigers & Tunnels on the importance of wildlife corridors in conservation

Images courtesy of Focusing on Wildlife

14 thoughts on “Half for Us Half for the Animals”