How often can you say, I’m so glad I was wrong? This may be a first for me!

The news it seems is a little (but only a little) better than I thought. In Wake Up World!  I wrote, “I can’t say I’ve noticed too many governments promoting vegan diets in the six years that have elapsed since that report  here in the UK or around the world.”[report from the UN urging global move to meat and dairy free diet]

But an up-to-the-minute article from The Plate in the National Geographic has this good news:

Nutrition advisers in the Netherlands took a progressive step this week, one that will likely further stoke conversations about the relationship between a healthy diet and a healthy planet. And their sights are set squarely on meat. 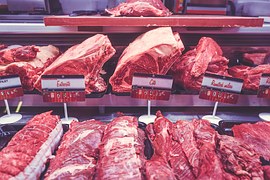 Over the past decade, a handful of countries have started to more seriously consider environmental factors in their official nutrition advice, including the U.S. That’s out of the more than 60 countries that maintain and update nutrition advice, according to the FAO.

“There are just a very few countries that have taken this issue on,” says Kathleen Merrigan, former deputy secretary at the U.S. Department of Agriculture, now the executive director of sustainability at George Washington University. “It’s a moving target.”

Among the countries that have included sustainability into their nutrition advice are Germany, Australia, Sweden and our very own UK.

The Mercy for Animals blog April 29th reminded us that –

Late last year, Chatham House, a British think tank, released a study recommending governments implement a meat tax to fight climate change.
The Chatham report asserts that any resistance to a meat tax would be short-lived. People would initially resist it, as they have cigarette taxes, but provided government officials offered a clear rationale, they would grow to accept the need for such a measure. 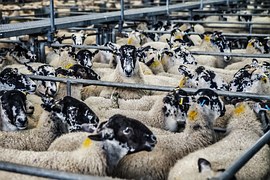 Unfortunately what I did get right in Wake Up World! was the power of the meat lobby to quash these recommendations. In 2015 the American livestock industry successfully got sustainability knocked out of the US’s Dietary Guidelines. And just look at the industry’s response here in the UK after Public Health England’s latest dietary advice (which I also talked about in that previous post):

“Blanket messages to reduce red meat consumption could be very detrimental to the diets of consumers who already eat low to moderate amounts of red meat, for example women and young people,” says Emma Derbyshire, a member of the Meat Advisory Panel, in British media reports last week. “Lean red meat is rich in protein, iron, zinc, B vitamins and selenium and makes an important contribution to daily vitamin and mineral intakes.”

Well, I guess you wouldn’t really expect her to let slip that a plant-based diet is both healthy and sustainable, would you?

The article makes for a fascinating read.

The Mercy for Animals blog March 9th tells us that

Governments of developing countries are trying to avoid the mistakes of the Western world. In Brazil, one of the largest beef producers, the government has established a set of dietary guidelines that encourages consumption of less carbon-intensive protein sources.
And on April 27th the Independent reported that
Denmark is considering proposals to introduce a tax on red meat, after a government think tank came to the conclusion that “climate change is an ethical problem”.
The Danish Council of Ethics recommended an initial tax on beef, with a view to extending the regulation to all red meats in future. It said that in the long term, the tax should apply to all foods at varying levels depending on climate impact.

The council voted in favour of the measures by an overwhelming majority, and the proposal will now be put forward for consideration by the government.

In a press release, the ethics council said Denmark was under direct threat from climate change, and it was not enough to rely on the “ethical consumer” to ensure the country meets its UN commitments.

May 26 2016 China’s Monumental Move to Cut Meat One Green Planet reports the Chinese government’s new set of dietary guidelines urging its citizens to cut their meat and egg intake from 300 grams a day (average) to 200. The guidelines are a response to growing levels of obesity, but if followed, have the potential to cut meat-related greenhouse gas emissions to 1.5% of global emissions. 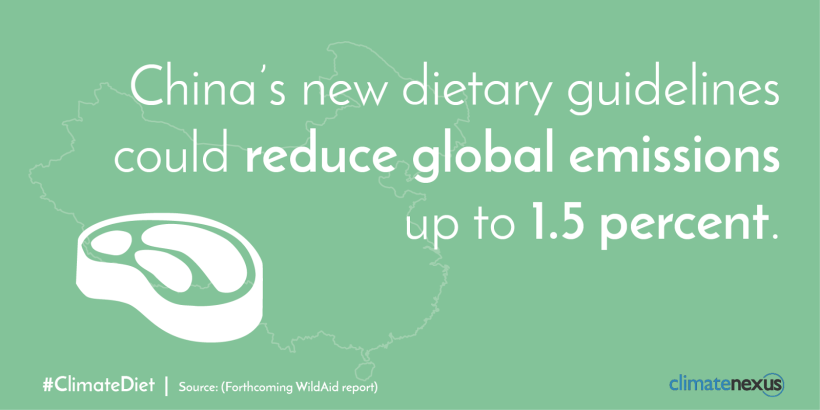 A recent report from the World Resources Institute found that if Americans halved their meat consumption, it would reduce food-related carbon emissions by more than 40 percent. Yet, when the idea of factoring sustainability into the most recent version of our dietary guidelines was brought to the table, it was ultimately ignored thanks to the large, highly distracting sacks of money supplied by the meat and dairy lobby. Naturally, a more important matter than the question of future food security and health of the American public.

It really is starting to look like governments are taking diet seriously as a big factor in climate change. I seriously hope they are in time.

May 28th 2016 TakePart’s article The USA still dragging its heels over health and sustainability.

“The administration has clearly put the financial interests of the meat industry over the weight of the science and the health of the American people,” Kari Hamerschlag, senior program manager at Friends of the Earth, an environmental advocacy group, said in a statement.

How To Go vegan

8 thoughts on “Another Nation Trims Meat From Diet Advice”