Mobile zoos: a growing industry and a growing problem for animals

Many of us including CAPS have been struggling for years to get a ban on the use of wild animals in circuses.  But in spite of giving lip service in support of the Wild Animals in Circuses (Prohibition Bill )2015-2016 this Tory government has repeatedly blocked and thwarted its passage through Parliament. Yet another sad proof of the Tory party’s sad disregard for animals and their welfare.

The tragedy here is that though the numbers of animals in circuses in the UK has declined over the years, now a new problem has arisen in the form of mobile zoos.

It’s over 2 years since we carried out our first investigation into the mobile zoo industry and our fears have been confirmed; the industry is growing and the number of animals being exploited is on the rise.

Our new research which we have launched today, shows that we now have at least 187 of these businesses in the UK with 56 new mobile zoo businesses setting up since 2013. These businesses use at least 3500 animals, the majority of them WILD. This number is the absolute minimum we could find and we know it is much higher.

This is extremely worrying, not least because this industry is virtually unregulated and animals are extremely vulnerable as a result. 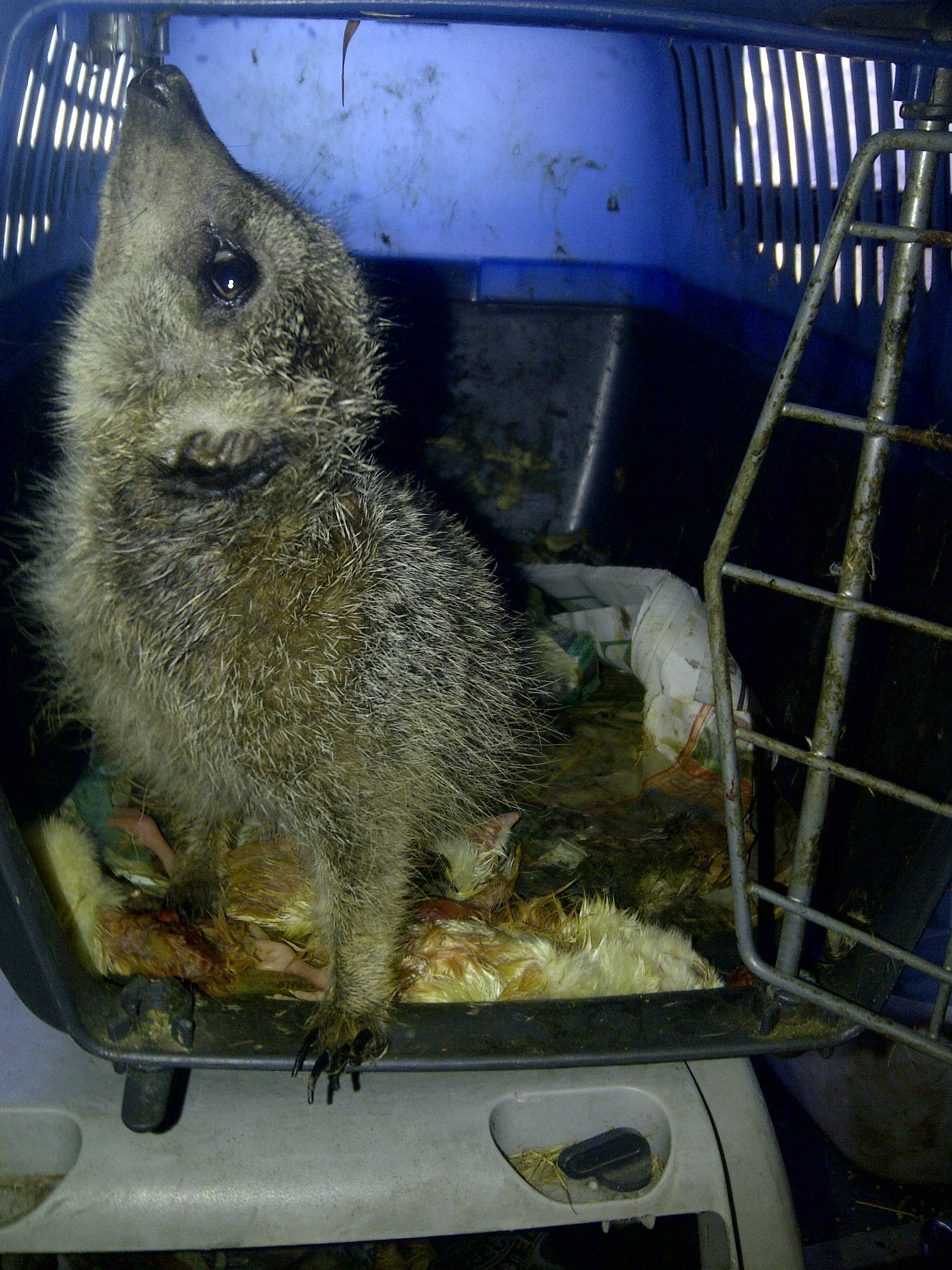 Animals in mobile zoos are transported across the UK to parties, schools, fairs, and other public events, with some businesses operating seven days a week. No mandatory inspections exist for someone setting up a mobile zoo business (unless the animals are deemed ‘dangerous’), despite the owners being responsible for the lives of animals from a range of species, all with very specific welfare needs.

The terrible case of Tropical Inc., is a warning that something needs to be done. When not on the road, this mobile zoo kept animals in dark sheds, squashed into cat carriers and cages piled one on the other. The premises were raided by the RSPCA and over 70 animals moved to safety, although sadly some were so ill they had to be put down.

The Easter weekend is no doubt one of the busiest weekends for mobile zoos, with people expecting to see live rabbits, chicks and other animals at Easter events. 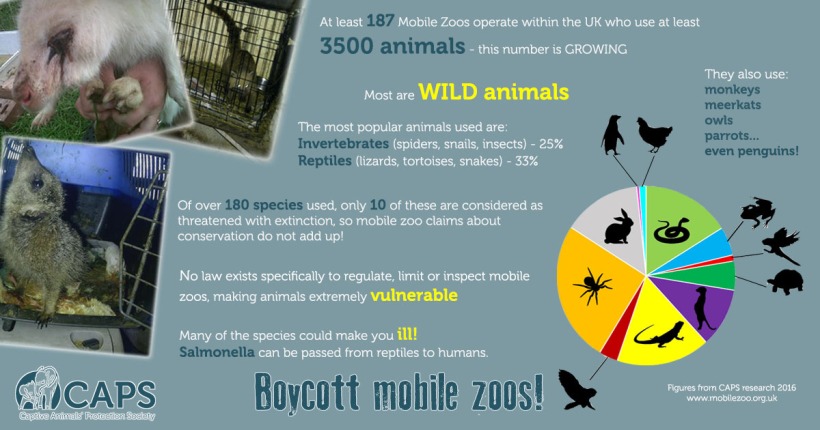 Help us to find the animals being exploited this Easter by doing research in your local area to locate mobile zoo events, then report them to us here: http://mobilezoo.org.uk/report-zoo/

This kind of task might seem a little boring but it is crucial to build the case against mobile zoos and to locate their movements, so we can oppose them. This tactic was used successfully against the circus industry to organise local protest and to appeal to councils to ban circuses on their property – let’s do the same for animals exploited in mobile zoos!